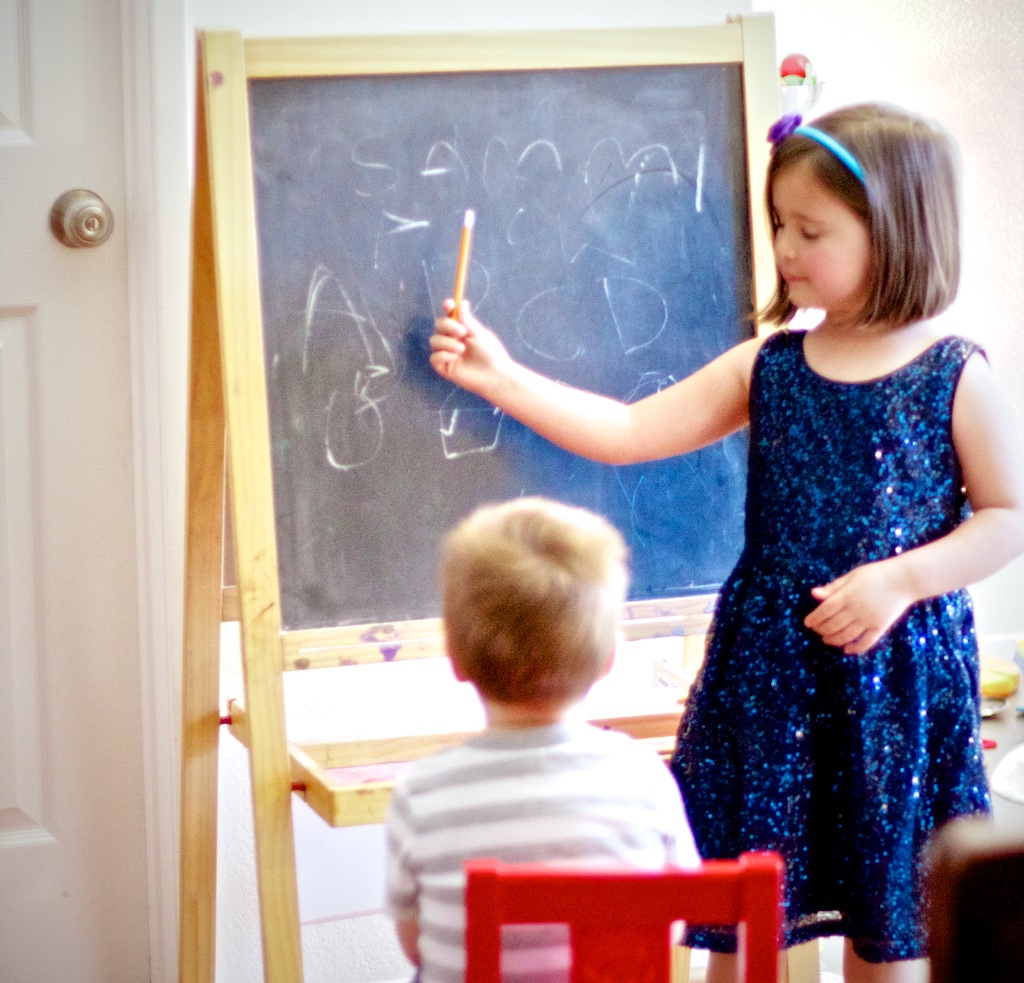 We teach them the alphabet, the correct way to pet the cat, how to drive a car (gulp!), which sports teams to love and hate, how to replace the empty toilet paper roll for once in their frickin’ lives, and countless other bits of information that are vital to their – and your – survival.

And we usually do all these things in a really straightforward way:

Kids usually follow pretty similar steps when learning in the classroom, too. A teacher tells them some new information, they’re expected to study it, and then they’re tested on it.

But is simply studying new information the best way to learn? A recent study suggests not.

In actuality, both groups were given the exact same test to take. And guess who did better?

So if you’re looking for an effective way to help your children learn something, try exploiting their natural ability to learn while teaching! You can do it in lots of situations:

The more you practice this technique, the more your kids will learn!

(But don’t get too excited – they probably still won’t ever replace the empty toilet paper roll.)

3 replies on “Why your kid should be a teacher (today!)”

How cool—would that ‘work’ with ‘kids’ of all ages?

Hi Pat! The participants of the study we referenced were undergraduates, so yes – it should work for kids and adults alike!

[…] During the first half of the day, your child doesn’t even try to use the potty. Instead, your kiddo teaches a new doll how to use the potty. This technique is pretty powerful, because teaching someone else something is often the best way to learn it yourself. […]