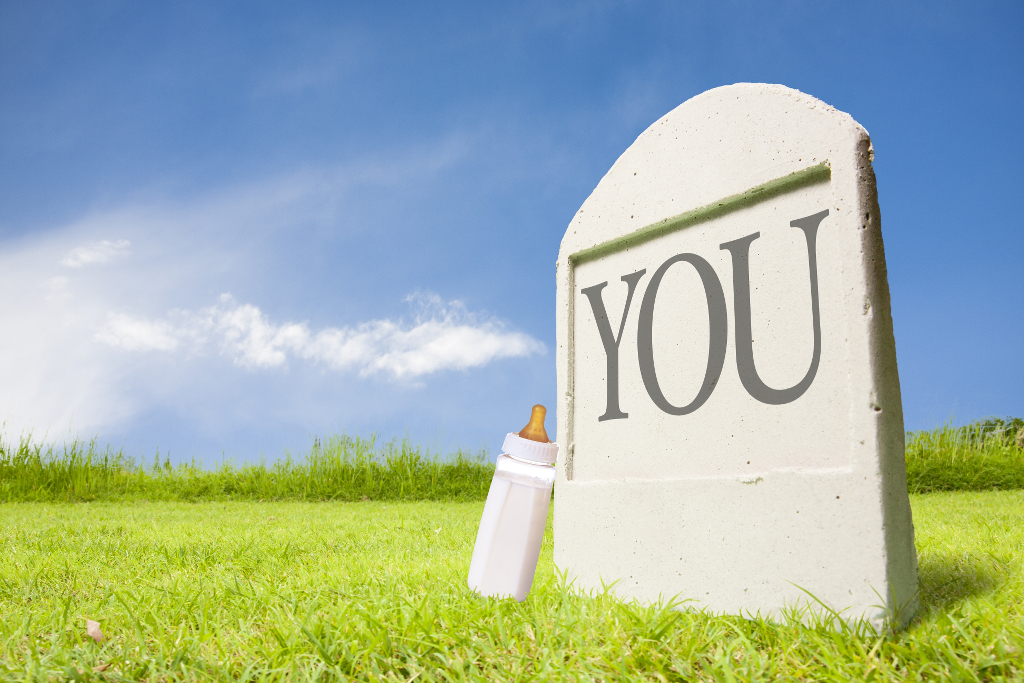 A funny thing happens when you have a kid.

Well technically, you don’t actually die, but a version of you sure does. It’s that version of you that thinks heading out to the bars at 11:30 pm is a good idea. The you that sleeps until noon every single Saturday. And the you that’s never more than a dare away from hopping in the car for a last-second road trip to Vegas.

Do you remember that you? If your answer is “Barely, because I have kids now and that old me is long since dead and buried,” we hear you. But if your answer is “Of course I remember – I just did all that stuff last week,” then you, our childless friend, are exactly who we need to be talking to right now!

You see, even though you may not realize it yet, everything changes after you have a baby. The carefree, kid-free life you once knew will be gone forever. And lots of life experiences you once took for granted will suddenly become completely and utterly unattainable.

So before your old self kicks the babyless bucket, do yourself a solid, and do as many of the following things as you can! It’s too late for us, but it may not be too late for you.

Introducing the Doctor and the Dad’s definitive Pre-Baby Bucket List!

Whether you think you might like to learn how to surf, salsa dance or bake a soufflé, there’s no time like the present (because there will be no time for this in the near future).

There’s a reason couples take big, exotic “babymoon” vacations right before they get pregnant – it’ll never be this inexpensive to buy plane tickets, easy to get through airport security, or effortless to go sightseeing in some strange new city again. We went to Ireland before we had our first baby. You should too.

See a Movie (or Maybe a Movie Marathon)

After your baby enters the picture, it’s going to feel next-to-impossible for you to ever get out and see the inside of a movie theater again. So do it now, while you still can! See a matinee, a late show, a double feature, or even one of those Oscar movie marathons where your local cineplex shows all of the year’s Best Picture contenders in glorious, back-to-back succession. We certainly wish we had.

Because babies don’t belong in a mosh pit.

Malcolm Gladwell says it takes 10,000 hours of practice to truly master a field. Well once you’re a parent, you’ll be hard-pressed to find 10 seconds of free time to do anything for yourself again. So work on advancing your career, improving your golf game, or getting really awesome at yo-yo tricks while you can.

Buy a ridiculous amount of food and drink. Invite over all of the funnest people you know. Play music way too loud, and drinking games way too late. Convince the cops you really will be quiet now. Make some memories.

The thing about exercise is that it usually requires energy. And once you’re taking care of kids all the time, you won’t have any of that anymore. So work on your beach bod now – because there’s definitely a dad bod in your future.

Fill Up On Terrible TV

Before we had kids, we would watch “Cheaters,” “Flavor of Love,” “Temptation Island” and “Are You Hot?” for hours on end. If we pulled something like that today, our children’s brains would surely melt right out of their faces. So we don’t. But it was wonderful at the time (in the worst way possible, of course).

By “it,” we mean “sex.” Because that’s waaaaay harder with kids in the house. (But it turns out it’s not impossible.)

When we think back to our lives before babies, the memories we treasure most are the lazy days we spent together, cuddling on the couch, watching silly movies and TV shows, challenging each other to epic card game battles that sometimes lasted for weeks. While this may not be a single checkbox to tick off your list, it is a reminder to treasure all the free time that you get to spend enjoying just the two of you – while you still have it!

Reading this makes me suddenly jealous of my pre-baby self. Thanks, guys.

We’re with you, Kristin. Those old us’s never knew how good they had it!

Pastries and desserts! You never get to eat the whole thing after you have kids!

[…] don’t have children yet, take a babymoon first. And make sure you do all the other things on the best pre-baby bucket list ever while you’re at […]