Here’s what happened when a family of four waxed philosophical over the most cryptic lyric in children’s television.

If you’re like most parents of young children, you’ve been subjected to way more kiddie cartoons lately than you care to admit. As a result, your brain is now completely filled with shows and shows’ worth of simple, sugary and excruciatingly infectious theme song lyrics. This is why you sing “Doc McStuffins, Doc McStuffins, come on let the visit begin, the Doc is in” while shampooing your hair. And why your coworkers hear you belt out “Max and Ruby, Ruby and Max, Max and Ruby, Ruby and Max” when you think your phone is on mute during conference calls.

But there’s one theme song that sticks with a person more than any of the others – not because it’s the catchiest (it isn’t), but rather because it contains the single most enigmatic song lyric in the history of music.

Are we exaggerating? Read this lyric, which is supposed to describe an animated family of bears, and then you be the judge:

“They’re kind of furry around the torso,
They’re a lot like people, only more so.”

Only more so? What does that mean? They’re like people, but somehow even more like people than people? WHAT???

This line is puzzling, open for interpretation, and perfect for a good, old-fashioned family debate – which is exactly what the Doctor and the Dad (and the Daughter and the Son) decided to have over dinner. First, each person gave an opinion about what the line could mean, and then everyone else got to respond. Here’s how it all went down: 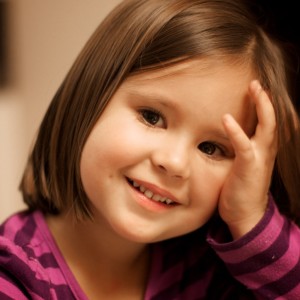 Daughter: “They’re like people, only meaner? Because they’re bears?”

FAMILY RESPONSE: Doctor and Dad were impressed and supportive, saying stuff like “Great job, very creative. Bears can be meaner! Interesting opinion!” Son gave her a huge smile and threw some food on the floor. 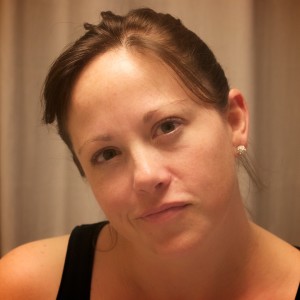 Doctor: “Maybe it just means that they’re bigger. It could refer to the line before where it talks about their torsos. They’re like people only bigger and fatter. Or something.”

FAMILY RESPONSE: Daughter loved it. Dad stroked his chin pensively. Son shook his head “no” – he was NOT buying it. 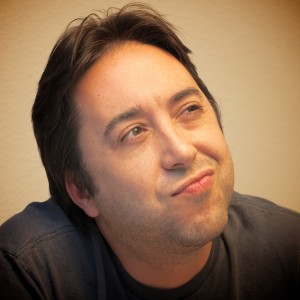 Dad: “Because the Berenstain Bears are fictional characters in books and TV shows, every single thing they do is a highly focused examination of some aspect of the human condition. They are constantly dealing with big, important human emotions like love, jealousy, fear and friendship – and every moment they experience is a new opportunity for them to learn, grow and evolve in a poignantly human way. Real people experience relatively few of these truly meaningful moments in life, as they are surrounded and overwhelmed by a far greater number of times when they’re just zoning out in traffic, at their computers or on the toilet. Because these bears only experience that which makes us most human, they are far more human than any real human could ever be.”

FAMILY RESPONSE: Daughter hated it. Doctor pointed out that if real humans zone out more often than they learn and grow, then ZONING OUT must actually be the most human thing an animated bear could do. Also, she thought the argument was a bit circular. Son emphatically nodded his head – he LOVED it. 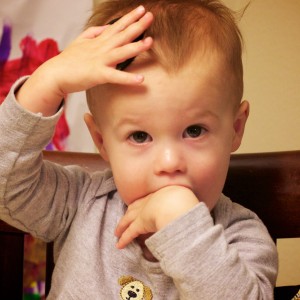 FAMILY RESPONSE: “Aaaawwww”s all around. Unanimous agreement that Son is super cute.

As a result of this debate, our Daughter learned what an “opinion” was. The Doctor and the Dad learned that a healthy debate is a great way to mix up the all-important family dinner conversation. And our Son learned that his Dad is seriously deep.

But we never did figure out what the song meant. You got any ideas?

What the Super Bowl means to our family

17 thoughts on “The Berenstain Bears theme song makes either no sense, or more sense than you could ever hope to comprehend”