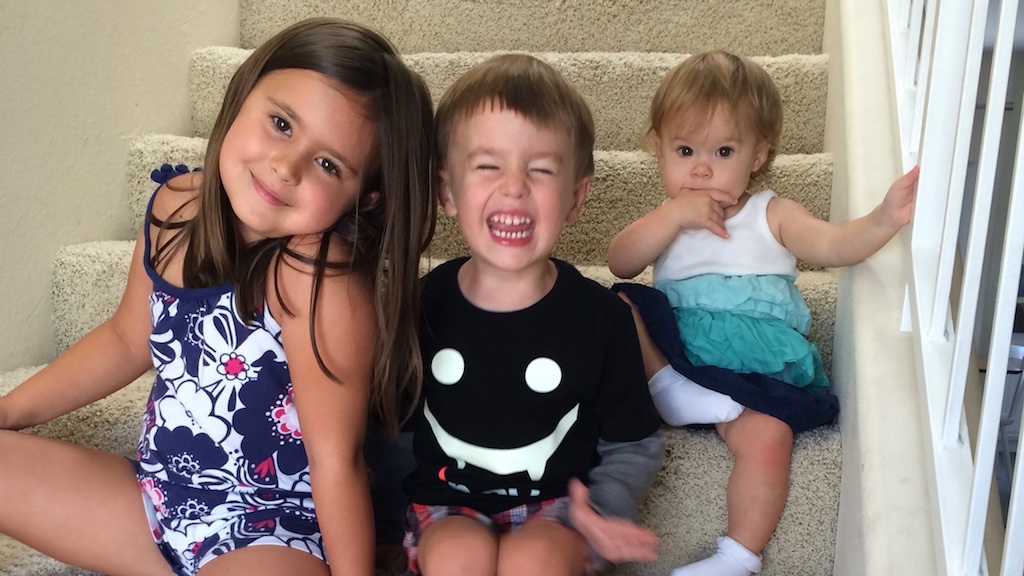 So we haven’t written any “Bad Baby Names” in a while – mostly because we’re pretty sure we were the only two people around who actually thought they were funny.

That’s why we were only mildly surprised – and pretty darn amused – when our Six-Year-Old Daughter started cracking herself up the other night talking about some of the silliest names for people that she could think of. These included…

“Grandma told me that if her parents named her Holy Lord, she would NOT be appreciative.”

“Grandma said that if her parents named her Lord Pistachio, she would not be appreciative, and she would take one of her brother’s or sister’s names instead – even if their names were…”

“So I said that Grandma’s name would be Lord Rookie.”

To which his sister replied…

“You got it, Lord Pistachio.”

[hysterical laughter all around]

Have your kids come up with any ridiculous Bad Baby Names lately? We’d love to hear about ’em – either here in the comments, or on Twitter @DoctorAndDad!

D+D on PBS: Why your family should be funny