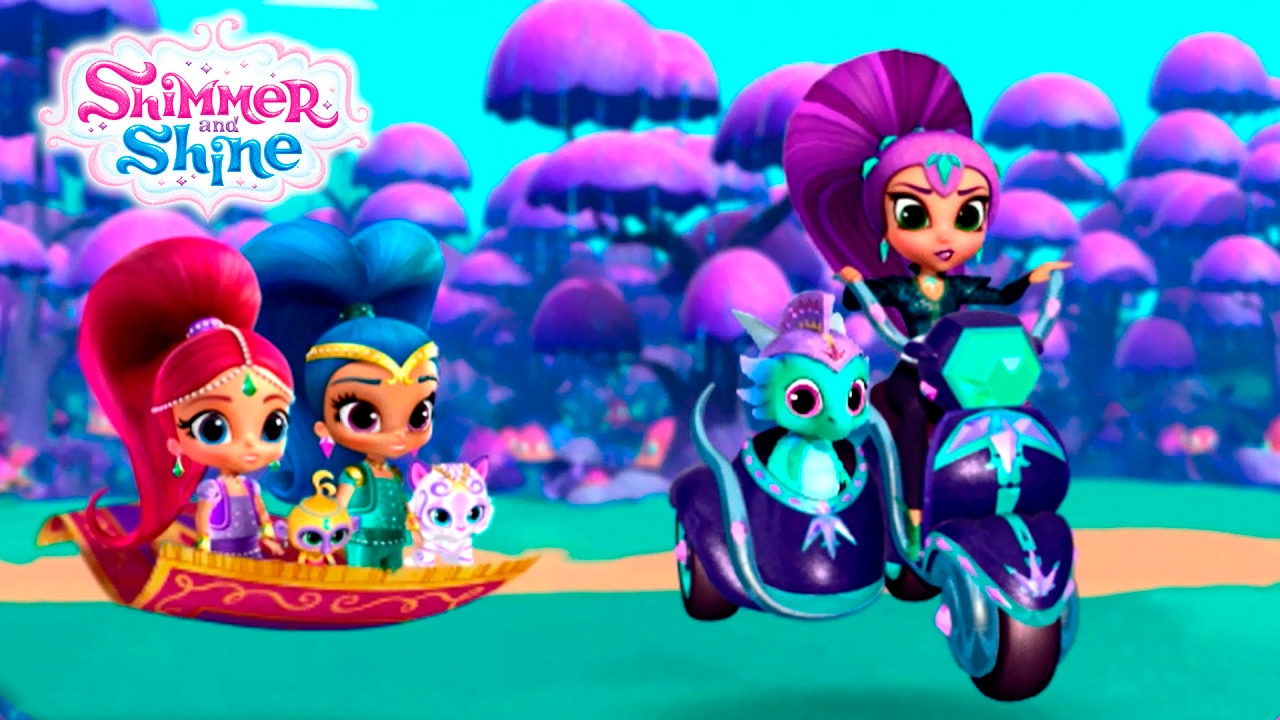 A while back, we wrote a review of a Nick Jr. cartoon called Shimmer and Shine. The article was titled “Why ‘Shimmer and Shine’ is not the worst kids TV show ever” – and we meant every single word of it.

But my oh my, how things have changed.

While every episode of Season 1 featured the easy-to-get-behind message that you shouldn’t be afraid to make mistakes, Season 2 is a whole different story…

The show is still about a lucky/ridiculously spoiled little girl who somehow gets to cash in three wishes per day from a pair of adorable genies. But instead of being endearingly bumbling, Amelia-Bedelia-like characters who screw up every request, the genies now grant wishes with ease. Instead of overcoming adversity posed by everyday activities like making cupcakes, they now go on epic adventures in a magical genie land where they are constantly being thwarted by a meddling evil sorceress. In other words, Shimmer and Shine has become indistinguishable from any other “good guy vs. bad guy” structured show.

Besides the fact that Season 2 is worse than Season 1 in general, we have two major issues with the show’s new format:

1. The positive message is gone

Throughout Season 1, the genies could never get a wish right. But instead of getting bummed about mistakes, they celebrated them as a chance to try again. They even sang an annoyingly catchy song about it. Every. Single. Episode. And even though listening to the same song over and over and over felt repetitive to us, we thought it was great that the show was encouraging kids to persevere when they encountered difficulties of their own.

Plus, research shows that kids benefit from repetition. One study examined children’s responses to watching the same show episode aired multiple days in a row. Not only did the kids not get sick of viewing the same thing over and over, but their ability to understand the show’s content actually improved with repeated exposure.

2. The boys are gone too

A big reason we started watching Shimmer and Shine in the first place is that our son loved it just as much as his big sister. He liked all the characters, but his favorite was Leah’s best friend, Zak – a laid-back, fun-loving little boy who was a major character in every episode.

Our son was such a big fan that when his birthday rolled around we wanted to buy him a present featuring his favorite character. But no such luck. Although there’s lots of Shimmer and Shine paraphernalia available, absolutely none of it features any of the boy characters.

So we guess it should be no surprise that they’ve been slowly phasing the boys out in Season 2. Although Zak now has his own boy genie, the two rarely make an appearance.

Because of these aforementioned unfortunate facts, we hereby retract our previous positive review of this show.

Shimmer and Shine may, in fact, be the worst kids TV show ever!

I agree. Shimmer and Shine has become the most horrible show on television.

Shut up its a good show so shut up

I loved shimmer and shine when it was 2D. Zeta is kind of cheesy in my opinion and even that annoying mistake song was enough
To keep me happy. I got a mixture of sad and angry when that old
Version of shimmer and shine was gone. Instead of good guy vs bad guy.