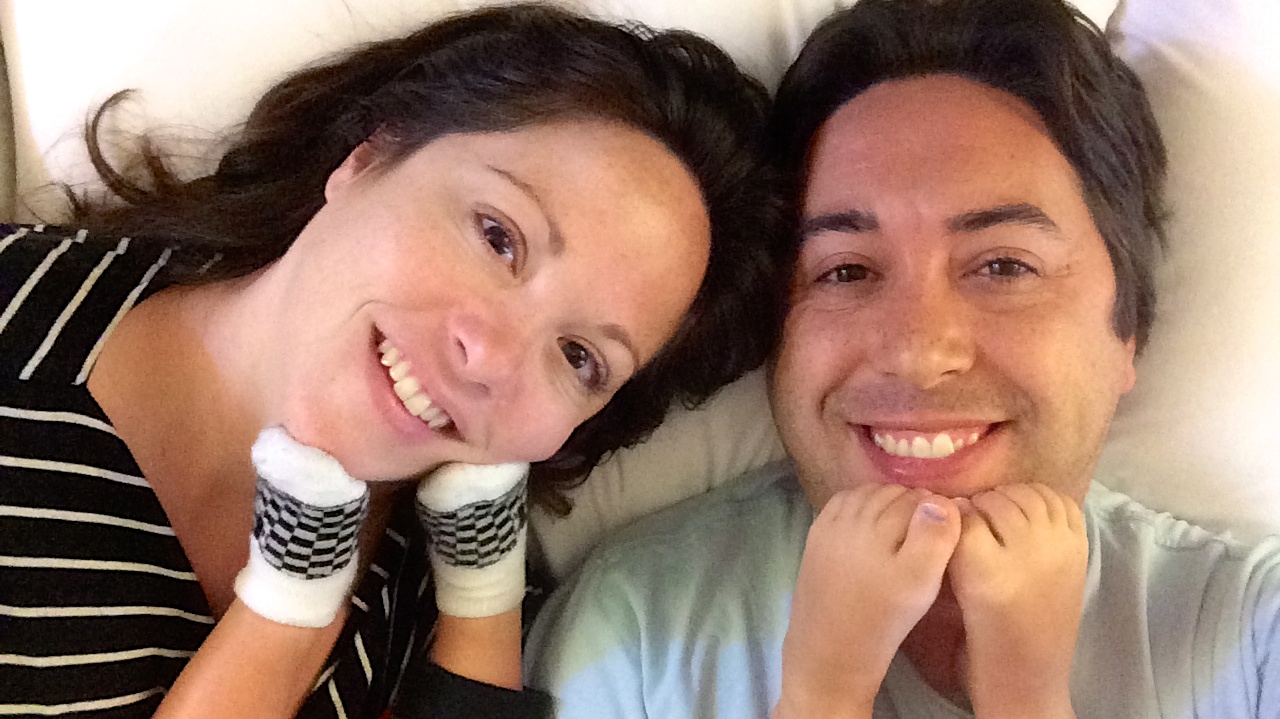 Sometimes when things are at their worst – the kids woke you up extra extra early this morning, every attempt at a conversation turns into a tantrum instead, the house looks like a tornado is currently storming through it, and you’re starting to think that the stain you found on your shirt sleeve might not actually be chocolate after all – it feels like nothing is in your control.

Least of all your own happiness.

But it turns out that plenty of recent research indicates that your happiness is more up to you than you may think. So here’s our first in a series of “Doctor and Dad” posts all about giving you some empowering, research-based tips that can help you turn your selfless, sex-starved, sleep-deprived frowns upside-down.

Secret to Being a Happy Parent #1:

Find happiness with what you already have. It’s thinking about what you don’t have or what you could have that gets you into trouble.

One research study gave participants the opportunity to take a photography class during which each student focused on two pictures they had taken and worked on making them really great. Then they told the participants that they could choose only one of the pictures to keep.

Here’s where things got interesting: Half of the participants were told that their decision was final, and whichever picture they chose was theirs for good. The other half were told that they could pick one photo now, but then take several days to consider whether they’d like to trade their choice in for the other picture.

At the end of this time, one group was significantly happier than the other with the choices they made. Think you can guess which one?

You might assume that having the opportunity to consider your choice more would lead to more happiness. But it turned out that the opposite was actually true! People who had no choice but to accept the picture that they originally chose were ultimately more satisfied with their choice. In other words, thinking about whether they might want the other picture kept people from being happy with the awesome picture that they had right in front of them.

You can apply this lesson to help you find more happiness in your everyday parenting moments.

Stop thinking about what you don’t have (like a single square foot of clean carpet and pen-mark-free couch cushion on which to rest your tired head), or what you could have (like one precious, relaxing, possibly booze-accompanied moment to yourself). And start thinking about the great things you do have that are truly worth appreciating.

Your kids, your spouse and your home may not perfect, but they’re yours. So stop daydreaming about trading them all in for new and improved models (you’re not actually doing this, are you?), and concentrate on enjoying each and every moment you have with them.

Because some day – when the little ones are all grown up, nobody is waking you against your will, and you’re free to keep your house as clean and quiet as you want – you’re probably going to wish that you could have just one more crazy, chaotic day of this.

[…] This is our second in a series of “Doctor and Dad” posts all about research-based tips that can help make you the happiest parent possible. Check out our first article here. […]

[…] posts about research-based tips that can help make you the happiest parent possible. Check out our first and second articles […]