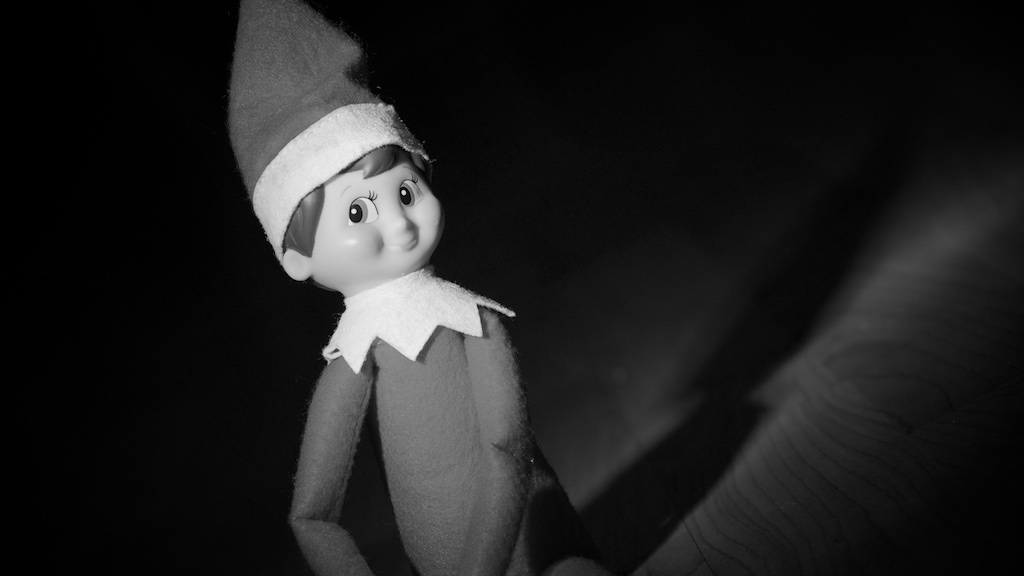 Ah, the holidays are upon us. This probably means that a magical little Elf on the Shelf has returned from the North Pole to put smiles on your kids’ faces, and the joy of Christmas in their hearts.

Not to mention a great big frigging knife right in your back.

That’s right. Your Elf on the Shelf is trying to kill you. Don’t believe us? Don’t be so naïve. Your elf has it out for you, just like ours has it out for us.

And here’s all the proof you need:

1. The Elf on the Shelf is a total time-suck.

Which totally sucks, big time. Look, none of us parents are getting enough sleep as it is. And now we’re supposed to stay up extra late every single night, exerting physical and mental energy that we can’t afford to spare, just so that we can dramatically stage multiple, overly elaborate craft projects involving perishable foodstuffs, this doll and the toilet?

We’re just going to hang it on a picture frame again, thank you very much.

2. The Elf on the Shelf promotes good behavior, but for really bad reasons.

If you’re like us, elf season has probably led you to say things like, “Be nice to your brother, because the elf is watching,” or “Stop jumping on the couch or the elf will tell Santa!” But if you keep this particular threat of punishment and reward up until Christmas, what are you going to do as soon as the presents arrive and the nimble little narc heads back to Santa’s workshop?

You’ll get totally screwed, that’s what.

When kids are continually rewarded with external stuff for good behavior (like stickers, extra TV shows, or the promise of toys from Santa), they start to become less internally motivated. So you’ll wind up with less good behavior overall.

If you really want your kids to earn their spot on the “Nice List” year round, try keeping them motivated by acknowledging their feelings (“I know your brother frustrates you sometimes, but it’s not ok to push him”), giving them choices (“You can sit on the couch, or you can jump on the ground”), and letting them know that you notice and are proud of them when they’ve chosen to be good (“I see that you’ve cleaned up your room very nicely”).

3. The Elf on the Shelf has totally creepy eyes.

Seriously. That thing’s a psychopath. Get it away from here already. 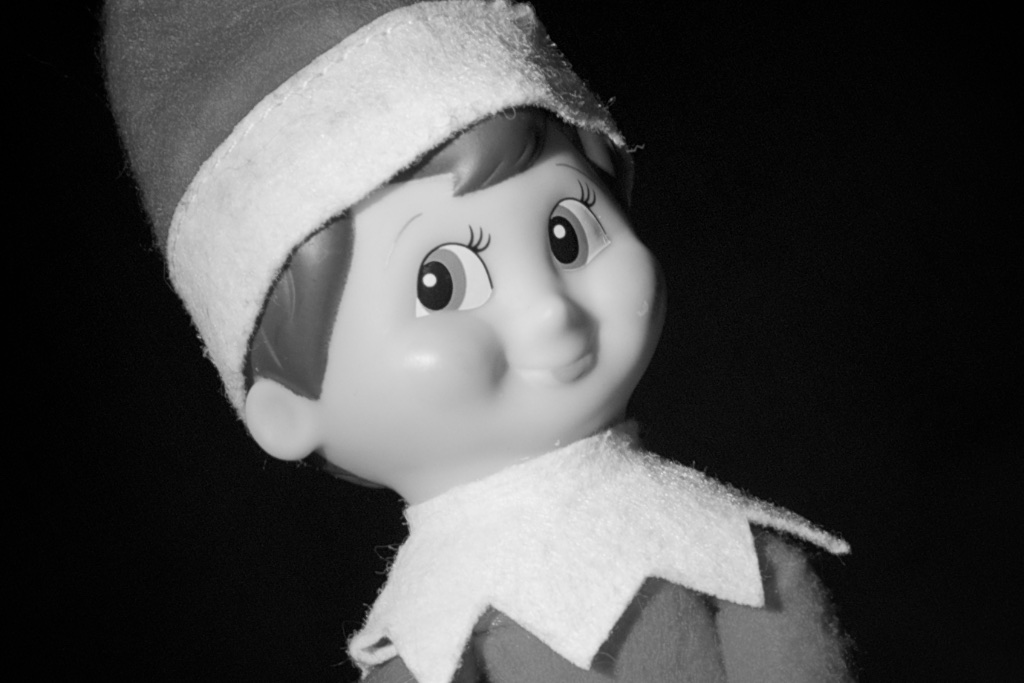 I agree. Ironically the other day I saw “clothes” for the Elf at a local discount store, Marc’s so, as my 19-year-old nephew says (when he went to Vegas with Ken a few years ago and even NOW regarding ALL stores and commercials), “Wow! They are Constantly trying to suck the money right out of you!!”

[…] too, when it’s awfully easy to get so caught up in baking, shopping, decorating and figuring out what the eff to do with your elf on the shelf this time that you sometimes forget to focus on, and really enjoy, all those little moments with your kids […]

They are actually not creepy at all. They are suppose to move and watch you. But the thing is that they only move at night. I saw lots of websites about Elf OnThe Shelves. Most of them were bad stuff about it. But actually, they all show evel behaving elves. My Eld does not do that. I honestly don’t know but those may all be the evil elves. There are godd elves and bad elves. I also don’t think those eyes look creepy. Duh, how are they suppose to watch us then? And thats what the desighners decided to make as eyes for the elves. And I don’t really understand why parents saying is a threat to childrens. Well I am a kid. I think the day before Christmas eve, “Santa” decides if your mostley naughty or nice. Thats what the elves say to Santa if your naughty or nice. So I disagree.