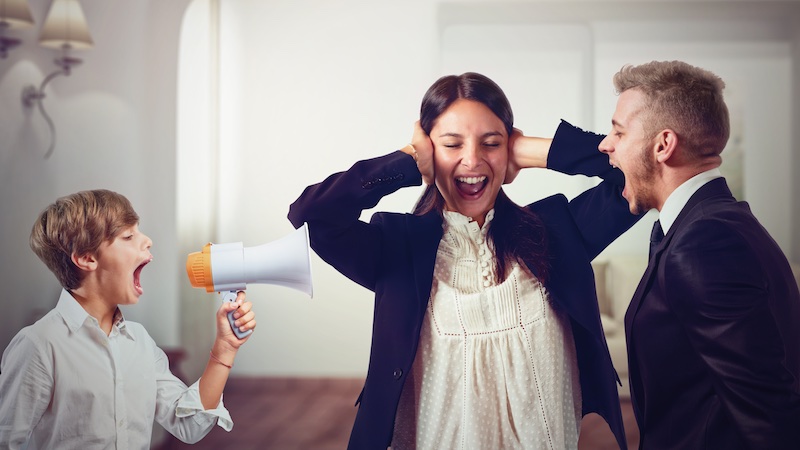 Who comes first: your husband or your kids?

Think that’s a strange question? Well, so do we. (More on that in a sec.)

But multiple blogs have been written by lots of different people vehemently arguing one side or the other. “Husbands First or Kids First?” is one of those annoying debates that shows up in your social media feed several times a year, yet never gets close to being solved. It’s like a canker sore. It flares up suddenly, you’re not entirely sure what caused it, and it’s always painful.

And now we’re bringing it up too. (Sorry about that.)

But the good news is we’re not doing this to pick sides. We’re doing it to call out exactly what this debate is: complete and utter nonsense.

The way we see it, you should only have to choose between your spouse and your kids if:

If you find yourself in either of these predicaments, it’s a safe bet that everybody in your house is losing.

Why the “Husband-First” argument makes no sense

“Putting your husband first” is a claim that smacks of the 1950s. If Father really does know best, then where does that leave Mother? Apparently wearing an apron, holding a broom, and always deferring to someone else.

But that time has passed. Today’s dads are more involved than ever, and everyone is benefitting. Research shows that moms, dads and kids all thrive when dads participate in childcare and household chores.

So a dad who competes with his kids isn’t winning. He’s actually losing out – on precious parenting years and all of the amazing experiences that come with them.

Some people claim that when they prioritize date night, present a united front on kid-related decisions, go on adults-only vacations and have a kid-free bed, they’re putting their husbands first. But we disagree. Those decisions are ones that a couple makes together for the overall health of their family. By maintaining strong familial relationships in this way, you’re putting your kids first too.

Why the “Kid-First” argument makes no sense

Tons of research studies have found that kids fare best when parents balance lots of love and affection with consistently and compassionately enforced limits. Kids who receive this kind of parenting experience many benefits over peers who get either only lots of love or lots of rules, including:

An oft-cited argument by people who say they put their kids first is that after the children are finally taken care of, there’s no energy left at the end of the day for poor old spousey.

Well sure, if one person – like Mom – is doing everything that needs to get done all by herself, then that would be absolutely true. But by divvying up the chores and child care duties between partners, both parents could be equally worn out – tumbling into one great big pile of well-earned exhaustion together every night.

And once you get all cuddly, you might find just enough energy to satisfy some serious spousal needs, too (wink, wink).

Instead of thinking that you have to choose between putting your spouse first or your kids first, we think you need to put your family first instead!

When you and your significant other decided to bring life into this world, you went from being a couple to being a family. And because a family has a whole lot of people, personalities and opinions to deal with, you can’t make all your decisions to please just one member of it.

Putting your family first means that both Mom and Dad share household responsibilities, interact with the children, and expend effort to keep their romantic relationship strong. It also means that you’ll make some decisions that are fun for the kids, and others that they won’t like at all (but that you know are good for them in the long run).

When a family is functioning at its fullest, there’s no reason to pick sides – because every decision is meant to benefit the group as a whole. If everyone has responsibilities and no single person is over-taxed, then there’ll be enough energy, support and love to go around.

And when that happens, everyone comes in first.

Do kids think it’s better to give or receive?